When a language has specific language DNA characteristics it will be selected for further analysis and when possible i will try test-decryption.

The specific language DNA characteristics for the VMS are:

As preferred languages I selected:

As usual i first take Genesis for the languages of interest and make a language DNA map: 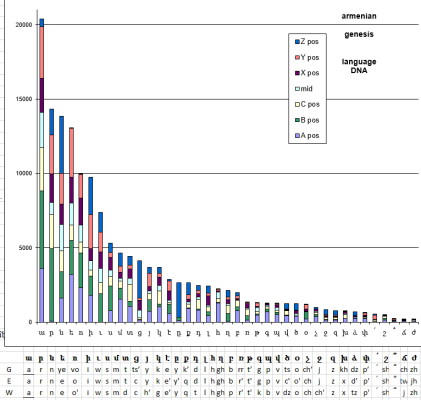 Armenian: the first observations are:

Now, after having done this and looking into the Armenian culture and language. I studied and searched for work and translations of Anania Shirakatsi and came to the conclusion that the VMS must be a sort of a mixture of languages, just as he used to write in different languages for at least Greek and  Armenian. Possibly variants from the Caucasian region at that time (650 AD)?

After many attempts it seems almost impossible to get cooperation from someone at the Armenian national museum by e-mail. Also I could not find any source of the Armenian bible, part Genesis. Some parts of Armenian text i got through French and Brittich sources.  This makes it unfortunately rather impossible to focus more on Armenian, although I am really fascinated by the country. 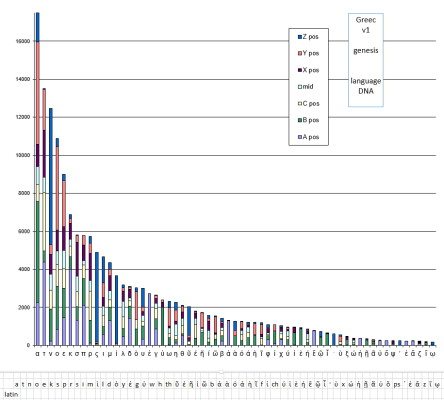 Now  i am excited. As can be seen we do not only have a bar with a full Z-pos,

but also a full bar with A-pos and on top of that we have bar which starts with B-pos ! 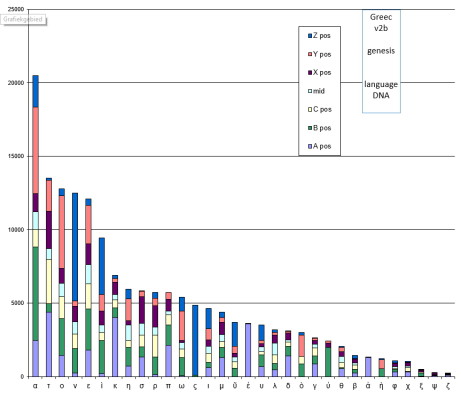 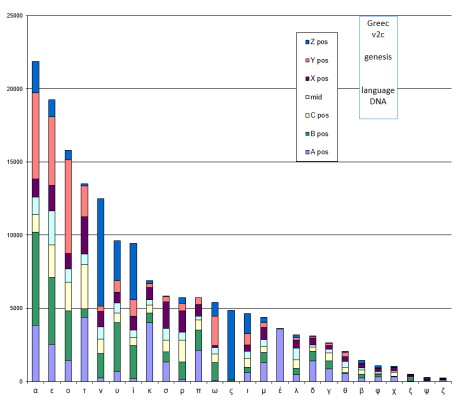 Many remarkable features in the Greek language that correspond to the VMS: