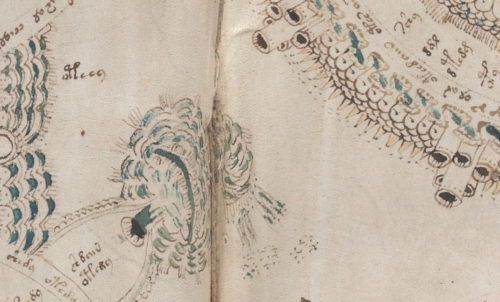 And take for example the birdseye view. The current location of that “Ani region” can be found here on Google maps: https://goo.gl/maps/Q8oLk

Example of a birds-eye view.

This is a detail showing a birdseye view of a body of water surrounded by vegetation. This may be a reservoir between San Juan Tolcayuca and San Pedro Zacacalco that still exists today. The water is outlined in black and washed with a blue watercolor. Encircling the water is a representation of a shoreline, also outlined in black and washed with a brown watercolor. Around the perimeter of the shore we see alternating trees (or tall bushes) and cacti, possibly nopales.

A fold in the paper, running through the water, distorts it somewhat.

Have a look at this image:

Design for Henrician castle on the Kent coast -source-

Currently, I am beyond the approach “searching-images-that-resemble”. If you go to Pinterest and search a circle image, you will find thousands of images that resemble one way or another. Although enjoyable, with respect to the VMS, it seems a bit of a haystack. Just google on “hermetic circles”. I found circle pages in libraries where the librarians didn’t even know they had them. But you will never find a page with 9 circles like the Rosette page.

I think the Rosette page is NOT a map as we now use in our TomTom.
However i think it depicts places in a fantasy configuration. Something like Disneyland with all the different sections which represent the fairy tales. In the VMS the Rosette page has something to do with gardening; it is very logical compared with the other drawings in the ms.

Another very likely candidate is alembecking and distilling. In the time of the manuscript this was a woman’s job. If you look at the Rosette page you see the pipes of the apparatus, but also the six “towers”. The Rosette page looks like a giant factory for distillation of the sun beams and the moon moisture. To me this is the best explanation and i am working on that.

I investigated if the six towers in the middle could be probably the most important potions/elixirs that are described in the ms.  In the VMS there are a total of 14 cans with labels. Could we find the names of those cans on the rosette page? No, the labels on containers could not be found on the Rosette page, exactly or significantly.

However, a long time ago i found that aspects on the Rosette page resemble: spiritus anima (abbrev.: Spi Aia) = the soul. Only made small progress there with the help of one of the Ripley Scrolls. But that is a direction i do not like to take.

If these on the Rosette represent the 7 planets, 7 days, 7 humours, 7 metals or alike, together with the earth and the sky, it would be very probable that this was discussed in the manuscript on other pages. Then we should be able to find references of the text on the Rosette-page with the other pages in the VMS.

Based on esoteric systems:

9 = the number of planets in the solar system

The last couple of days reading about the Celestial spheres and it occurred to me that it is strange there are no known documents about nine spheres. Or are there ?

And it provided the possible story on nine or eight hermetic ‘bodies’.

The Nag Hammadi library (also known as the “Chenoboskion Manuscripts”, or as the “Gnostic Gospels”[1]) is a collection of Gnostic texts discovered near the Upper Egyptian town of Nag Hammadi in 1945. (from Wikipedia.)

What is interesting about these scrolls is they originate from possible around the year 200-400 written in Coptic language.

The writings in these codices comprised fifty-two mostly Gnostic treatises, but they also include three works belonging to the Corpus Hermeticum and a partial translation/alteration of Plato‘s Republic. (from wikipedia)

The Hermetica are Egyptian-Greek wisdom texts from the 2nd and 3rd centuries AD.

The complete list can be found on Wikipedia, but the most interesting text regarding the text  that the text is also seen as possible Nine Spheres of Heaven.
It known the celestial spheres were the fundamental entities of the cosmological models developed by Plato, Eudoxus, Aristotle, Ptolemy, Copernicus and others.  Albert Van Helden (?) has suggested that from about 1250 until the 17th century, virtually all educated Europeans were familiar with the Ptolemaic model of “nesting spheres and the cosmic dimensions. source: wikipedia.

Instead of bands, Plato’s student Eudoxus developed a planetary model using concentric spheres for all the planets, with three spheres each for his models of the Moon and the Sun and four each for the models of the other five planets, thus making 26 spheres in all. source: wikipedia

By the end of the Middle Ages, the common opinion in Europe was that celestial bodies were moved by external intelligences, identified with the angels of revelation.

The outermost moving sphere, which moved with the daily motion affecting all subordinate spheres, was moved by an unmoved mover, the Prime Mover, who was identified with God. Each of the lower spheres was moved by a subordinate spiritual mover (a replacement for Aristotle’s multiple divine movers), called an intelligence. source: wikipedia

Searching for more information on Nine Spheres and the original text reveals that it is not clear what is meant because the text is damaged.

I’ve read the text and it is far from clear that it is about with my own limited knowledge.

As process of Hermetic instruction in mystical initiation, the ascent  to the divine realm is described in Poimandres (Corpus Hermeticum=CH I.24) and the inner experience (in CH XII) called: On being born again and on the promise to be silent, and in Eight and the Ninth Sphere.

The gnostic text, as revelation of the Supreme Divine to the pupil Hermes Trismegistus, deals with divine mysteries.

According to the book, the philosophical writings ascribed to Hermes and this subject are:

note: It seems part of the text is copied exactly on this site. 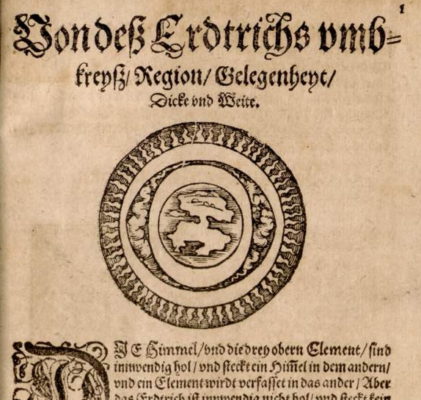 There the ninth heaven is called Empirium, where God and his angels and all souls are. It is a hidden place for humans and secret place. The deity of heaven is Thronus and is hidden in de Light.

The eight sphere is firmament of heaven and the stars are inside and the twelve zodiac signs. The place above is called crystal heaven and has the shape of pure water and frozen ice and can withstand the warmth of fiery heat. A wheel is turning there.    See blog: https://starsandstones.wordpress.com/2010/07/16/on-the-nine-spheres-of-heaven/

According to Peter of Auvergne (Questions on Aristotle’s De caelo: a critical edition …
Door Petrus (de Arvernia, Bishop of Clermont), Griet Galle) the heavens are moveable.

There is motion of the stars and planets and the heavens also have motion from east to west and vice versa. This is called the primum mobile. (If I understood correctly).  The first orb of nine is moved by the first mover and all move with it, because they are all interconnected. The power of the first mover extends itself not only to the celestial orbs, but also to the sphere of fire, air and water. It turns fire in a rotational movement and it seems to move water according to some impectus, as it is clear from the ebb and flow of the sea. It does not move earth, because that is totally immobile and fixed in position around which the heavens are moved.

Movement is discussed in Aristotle Metaphysics XII8 and movement in DC II, 10.

Aristotle compared the ultimate motive force of the universe to
love. He wrote that the sphere of the fixed stars is moved by
God, who “produces motion as being loved, but all other things
move by being moved… motion in a circle is the first kind of
spatial motion, and this the first mover produces.”

Gnostic
Well and there is the book from 1950, that tell us the ninth sphere is all about sex.

Read more about the author.

In the beginning, the practices of Sexual Magic affect the organism.  Sometimes the sexual and parathyroid glands become inflamed, the head aches, one feels a certain dizziness, etc.  This frightens the curious butterflies of the “little schools,” who then flee terrified, looking as always for refuge in some new “little school.”  This is how these poor “fools” spend their lives, always moving from flower to flower.  The day comes when these poor fools die, having achieved nothing.  They have miserably wasted their time.  Thus, when death arrives, these fools continue as a legion of demons.

The Ninth Sphere is definitive for the aspirant to the realization of the Self.

The Sanskrit word मिथुन Maithuna is used in Hindu Tantras (esoteric scriptures) to refer to the sacrament (sacred ritual) of sexual union between husband and wife. Maithuna or Mithuna has various appearances in scripture: 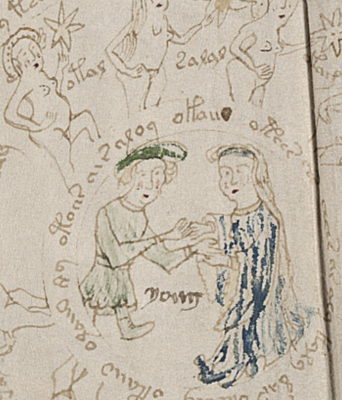 Is the Rosette an universal overview of the Anatomy and Morphology of the Leaves and Inflorescences of herbals in general? 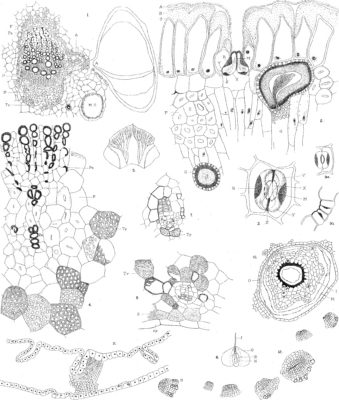 Text Appearing Before Image:
78.Fig. 14.—Transverse section of base of a stamen stalk; the bundle is here seen to be concentric. X 116. (Cf. bundle in Bennettites pedicel.)Fig. 15.—As 14, taken at a level higher up the stalk. X 116.Fig. 16.—Transverse section through the apical region of a stamen, passing through the septum in the anther, and showing the transfusion tissue.Fig. 17.—^Transverse section of axis of male flower, at about level F. in Dia. II, p. 189. Shows two posterior bundles (PP). One staminal trace (S), with the inversely orientated bundle (L), has arisen by the branching into three portions of one of the posterior bundles. X 116.Fig. 18.—As 17, but higher up in the axis. Here the bundle L is at its fullest stage of development, above this level it dies away. X 116.Fig. 19.—Transverse section through one of the bundles supplying the axis of the female flower as it passes out through the cortex of the rachis. Here it is clearly concentric. X 116. Syke<s, Phil. Trans. B vol 201 PL. 17

Source: Wikipedia -> Sykes, M.,  Title: The Anatomy and Morphology of the Leaves and Inflorescences of Welwitschia mirabilis  Year: 1911 (1910s)