this is the Eva character for m

this is is the Eva character for n

These characters behave similar and perhaps they are, although different in form, the same character. Let’s find out. 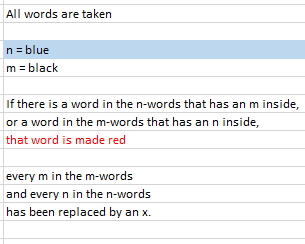 There are only 6 of those words that contain both an m as well as an n. They are: 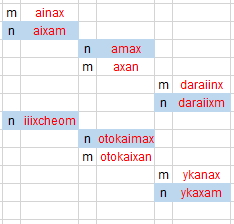 [page and folio’s for future investigation, perhaps words with a disputable transcription]

Some of the matching words are:

F.e. chax exist as cham and also as chan. Also

Note that there are some words with double letters. For example faxox, kaxdax. That means they are twice in the list because they have twice an m: kamdam.  That is true for 10 words in the m-list, and once in the n-list. It does not change the percentage because those words are in both lists.

The dependant letters, letters that are inside a word, on the direct right (R1), or the direct left (L1) are the same. More information here.

Perhaps not always exact to the same intensity but that is probably due to the difference in weight of the words.

On the right of

and on the left: 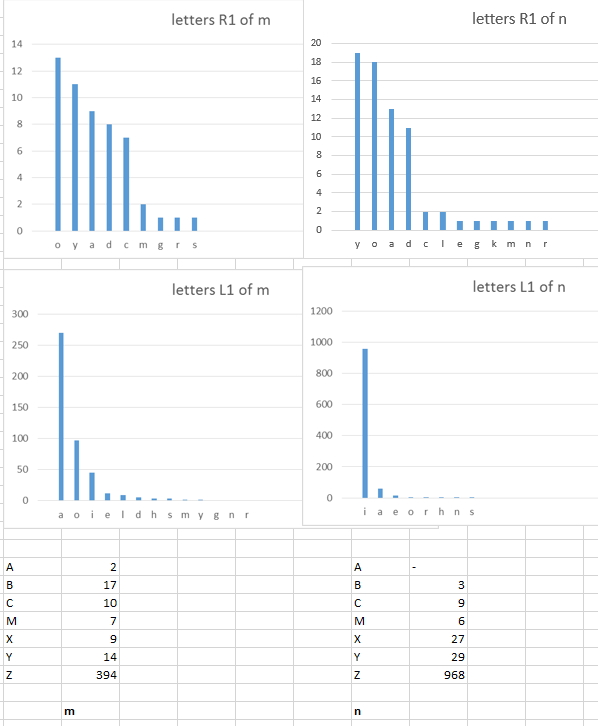 Based on this research and the visual graphs, we can say that:
the preceding and following letters of m and n behave the same.

Note:  There is still an n in the n-analysis,
because only the FIRST occurrence of the analyzed letter was used.

As you can see the position of the letter is almost always on the end of the word (Zpos) for as well as for m as for n.

I paste here a piece of the dendrograms  (read and see more here) of m and n, you can see there are almost no words with m or n on first word position (Apos). 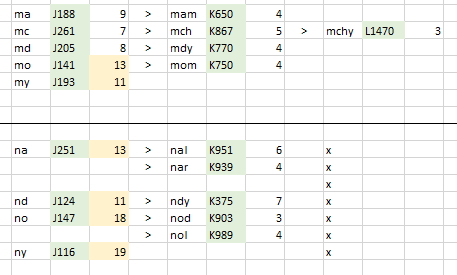 Here in the last argument I wish to show that on the Z-positions, (last position of any word) the characters m and n behave a-like as well. The Zpos is really the most dominant position where m as well as n is present.

In order to show that, it is needed to create an L1 comparison on both when they are on Zpos. 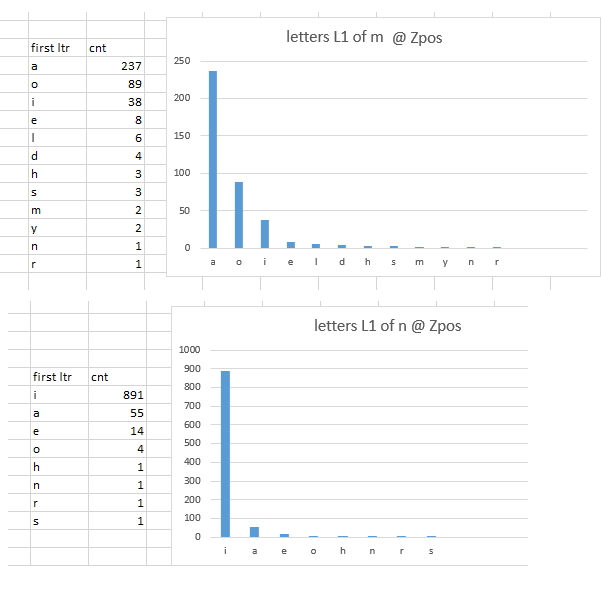 Afterwards we see this was a bit silly: since m and n are already most of the time on this Z-position, nothing really changed.

n:  iae .. (sorted aeo)
The behaviour is not identical. Is this because of the high frequent word dain ?
No. Because the analysis here is unweighted: this means the frequency is not taken into account. Let’s find out when the m and n is on Zpos what the word ending are.

Although at first it seems that m and n are interchangeable if we focus on the associated letters preceding and following it, when we take in consideration more letters, the characters do not behave exactly the same. 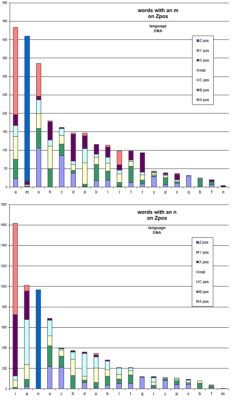