This page was made to enable me, to check if some rules from the dendrograms (words as tokens) are general for any letter in the entire text.

All words in the text were investigated, oct. 2016 and
basis is  “full CAB incl rosette, Sh=cbh, all words”.

All unique words including all “words” that are only 1 letter long. There are 8131 words.

With this routine we can find for any letter: 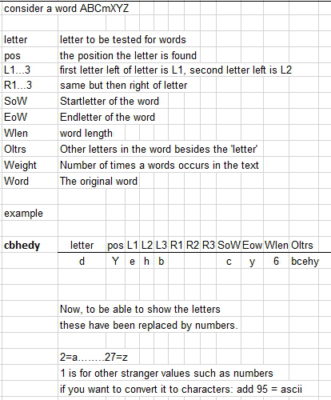 So, for example for character: y

If we sort the output of 4192 lines like this 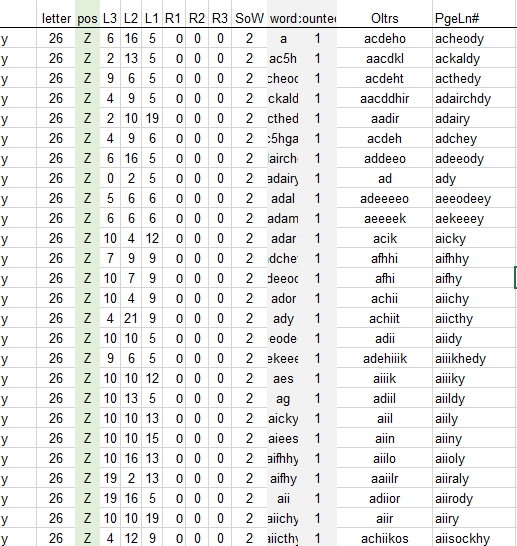 (in the image pageln# is here the same as word, it’s an older version)

In those rows, we can count the positions (but we can see that clearer in the “language dna graph”. Small differences occur because a slightly stricter method is used for the positions.

But if we want to know which letter occurs AFTER y.

We simply sort on R1, and see that words exist that have nothing on the right, like

Of the 1058 positions where there is actually  something on the right of y we made a quick graph: 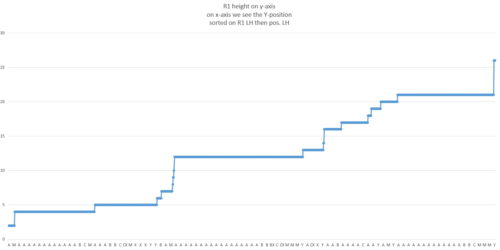 Well, its just an example. We could do that for every letter, and for the left character, end character of the word etc. The only thing you need to do is:

Most interesting things are:

So you can make any graph or any analysis like:

This is a turntable.

You can use the weight and multiply that on any other value to show the weighted result on the word or letter. The weight is the exact occurrence of the word examined. 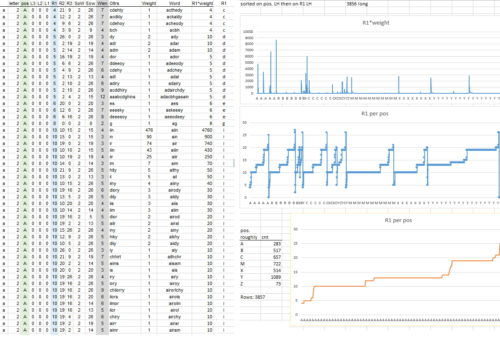 Since the list was sorted on position, the R1 shows it exists on any position in a variety of letters.

For the letter a, the most occurrences can be seen on Ypos (that is the one but last position of a word).

You can easily make a graph on R1 when letter a is on Apos (first position of a word), or make it on R1 on any position. Or if you are interested in the last letter you should take Eow column.

Find here all graphs on all letters,  R1 and L1, first on all words (unweighted) and then for Apos (also unweighted).

On the first position (Apos) of a words, there is no Left position letter (L1), so sometimes there is an empty graph, and sometime the A……..Z position counts are shown for that letter. 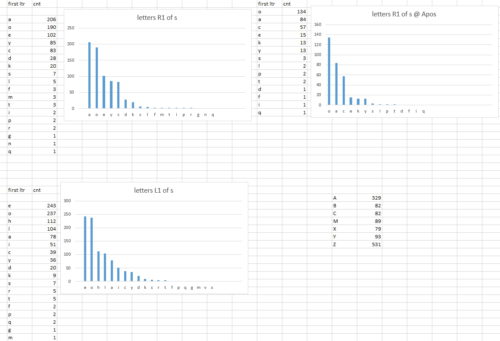 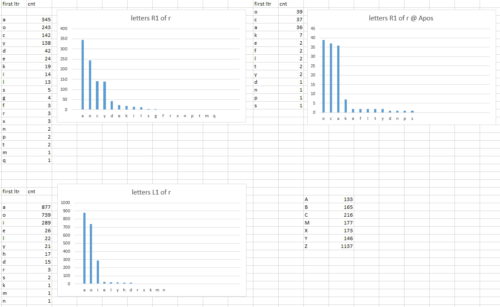 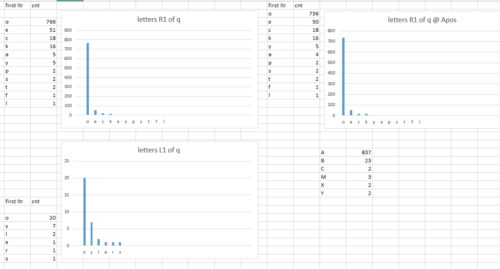 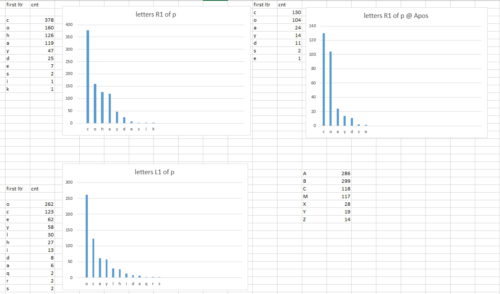 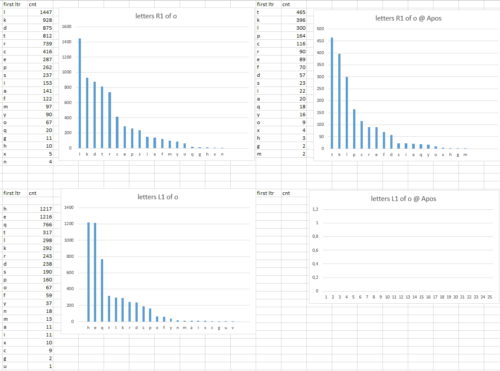 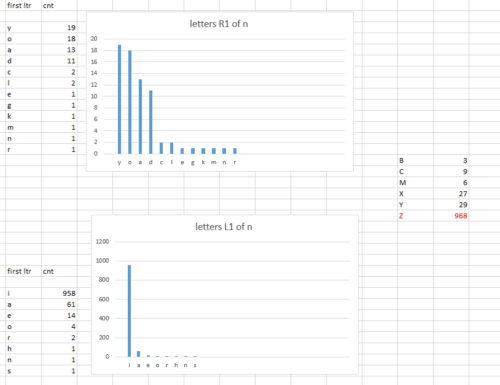 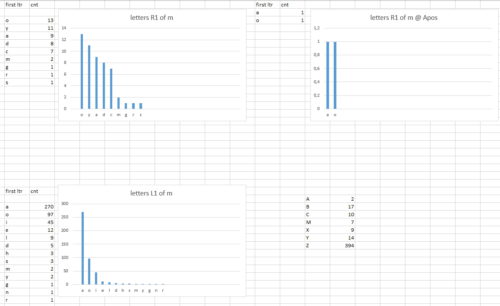 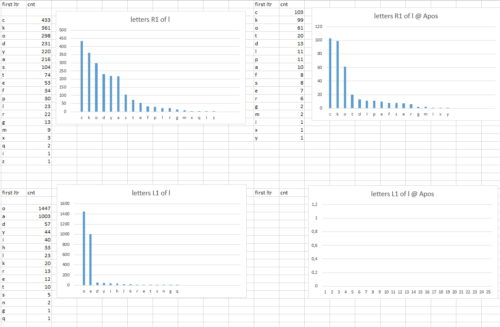 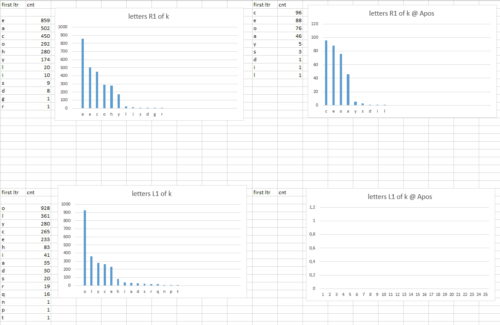 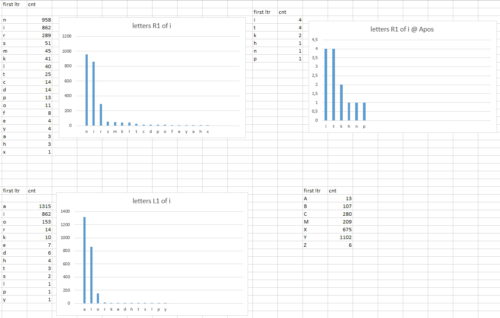 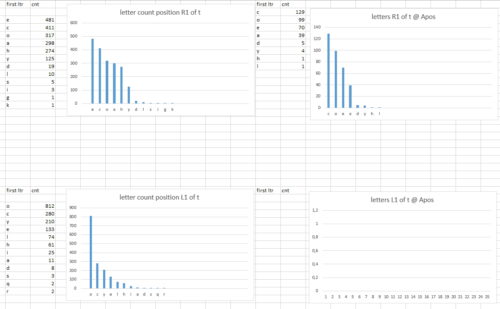 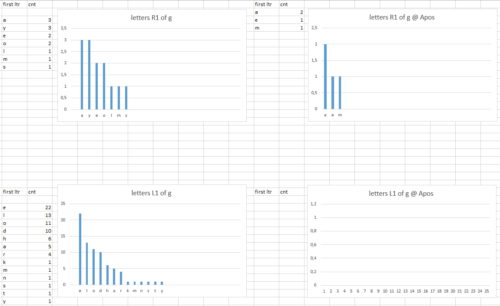 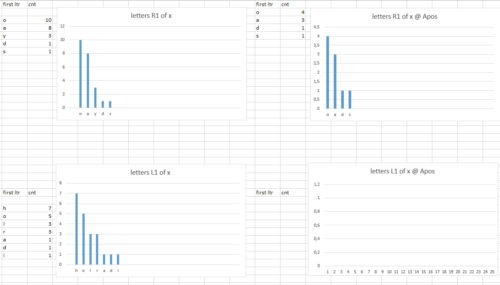 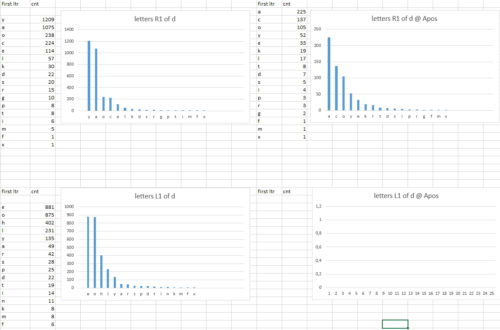 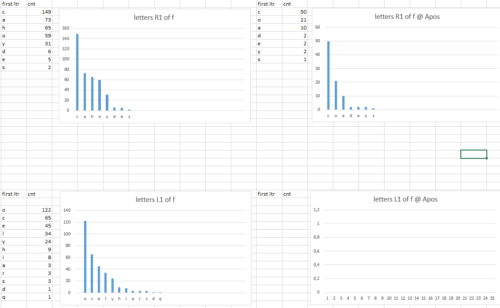 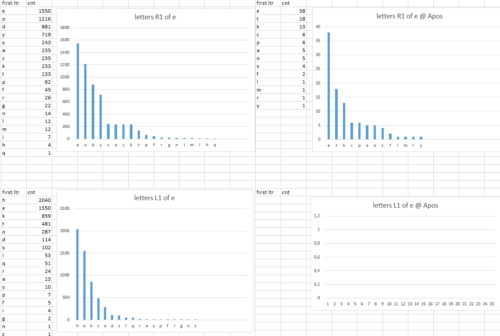 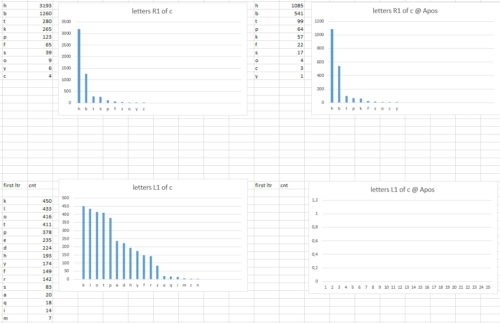 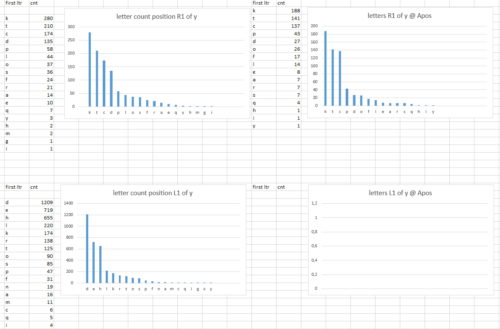 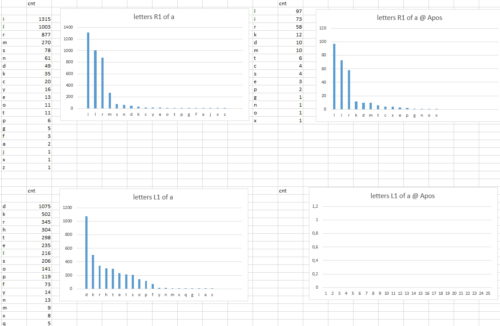