There are some images where i was wondering what was going on. Finally i concluded it is an air-flow coming from somewhere.

Based on comparison with other images from the surrounding time periods. I show the most relevant pictures here on this page.

Water transport
In medieval times water was transported by a pipe system (invented by the Roman) or in buckets.

Minerva
The roman had a goddess Minerva.  (Greek goddess equivalent is Athena)
She was the goddess of the city of Aquae Sulis, become the Roman Baths.

Is this the hair-cut of most woman in the VMS ?

The many drawings with the pipes.

In this time it was common use to display vines between people, to show their connection like descendants.

Take a look at how Adam holds the vine with his hands. This means very clearly that other persons are descendants.

When a woman in the VMS blows in the pipe, perhaps that mean that with her breath she can do marvellous things?

Interesting text about the winds in :

The Greek personification of the dawn, the daughter of the Hyperion and Theia and the sister of Helios (sun) and Selene (moon). By Astraeus she was the mother of the four winds:Boreas, Eurus, Zephyrus and Notus; and also of Heosphorus and the Stars. She was depicted as a goddess whose rosy fingers opened the gates of heaven to the chariot of the Sun. Her legend consists almost entirely of her intrigues. She first slept with Ares; this earned her the wrath of Aphrodite who punished her by changing her into a nymphomaniac. Her lovers wereOrion, Cephalus and Tithonus.

Thus Eos, preceded by the Morning Star, is seen as the genetrix of all the stars and planets; her tears are considered to have created the morning dew, personified as Ersa or Herse.{Ovid, Metamorphoses 13.621-2} Eos is the daughter of Hyperion, a bringer of light, the One Above, Who Travels High Above the Earth and of Theia, The Divine. Her brother was the Sun god Helios, and her sister was Selene, the Moon goddess. Her team of horses pull her chariot across the sky and are named in the Odyssey as Firebright and Daybright.

She was the Mother of several notable offspring, including the Winds, Zephyrus, Boreas, and Notus, and the Morning Star, Eosphoros, all of whom she bore to the Titan Astraeus (“of the Stars”), and Memnon, her son by Tithonus.

This rosy-fingered, saffron-robed and golden-throned goddess, who goes up to Olympus to announce the light to the immortals, fell in love several times, and some say it was Aphrodite who cursed her to be perpetually in love, because once had Eos lain with Aphrodite’s sweetheart Ares, god of war.

Eos had a brother and a sister, Helios, god of the sun, and Selene, goddess of the moon. 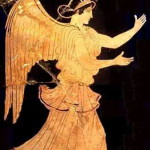 Are there other symbols for EOS ?

Perhaps this is way too far, but i just want to make a note:

look at nut in hieroglyps:

I just thought about this page seeing that.

No such thing as a free lunch 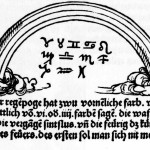 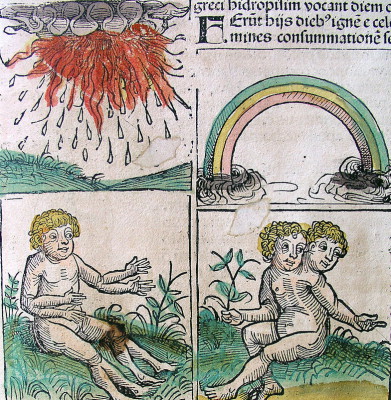 Illustrations from the Nuremberg Chronicle, by Hartmann Schedel (1440-1514)
Exact Page unknown.
Source: https://commons.wikimedia.org/wiki/File:Nuremberg_chronicles_-_Omens_(CLIr).jpg
Rainbow of the VMS is on page f82v: 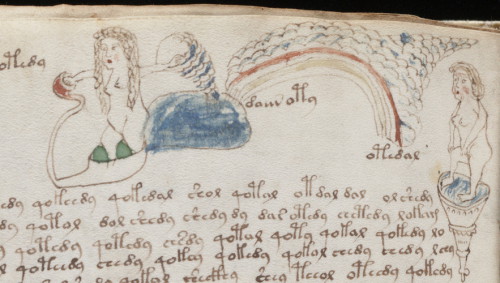 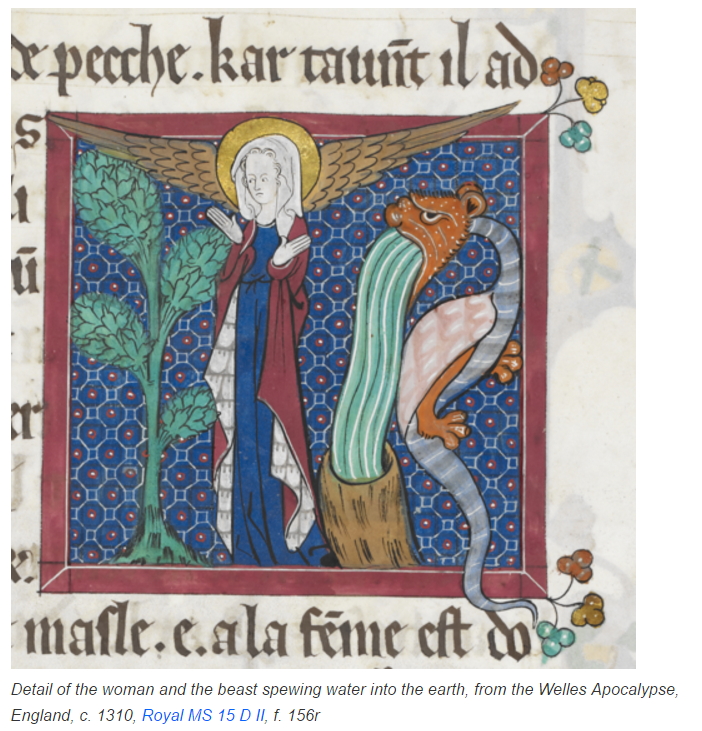 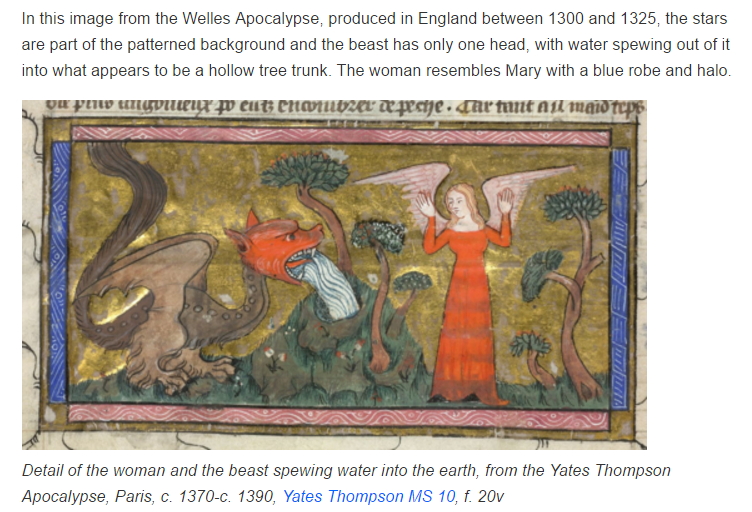