MarcoP made a count of the letters of words in the ms.

Counted were the end-letters of a word and also the start-letter of the next word.
We call that combination prefix – suffix, which applies to two words, but only single letters.
Also counted were the first letters of words and the combination of those with end letters of that same word. We call that combination first-last letter, which applies to one word.
Text:
We used the vms text where Sh has been re[placed by c6h.
Only words length >3 have been used.
Those counts have been placed in a matrix and two graphs show the numbers. 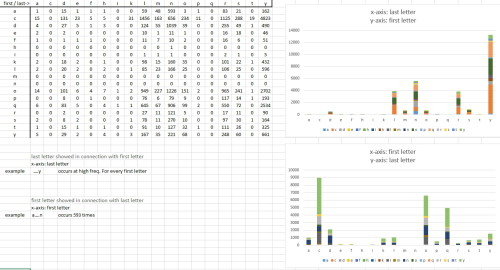 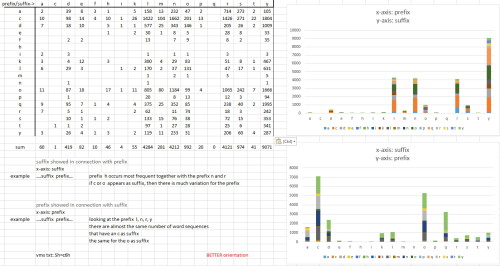 Conclusion
The pattern for both matrices are the same.
We can see that the first – last letter of 1 word follow the exact same pattern/tules versus the suffix word_A followed by prefix of word_B.
To the writer of the VMS it did not matter if he wrote just words or sequences of words: they follow the same rules.
This means, there are only 8 possible end letters of a word and 12 possible first letters of any word.
Here are the two tables combined: 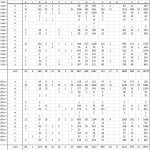 f27vP1 first word shows that the “gallow characters” are not capital letters by definition:
* the first letter is much bigger and capitalized
* last letter has the exact same form but much smaller 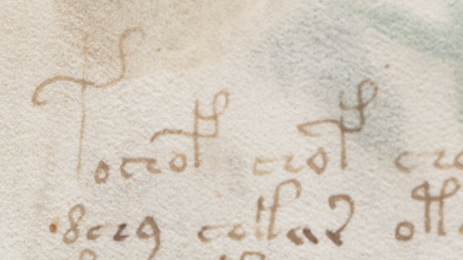 Comparing with Italian text from 1649: 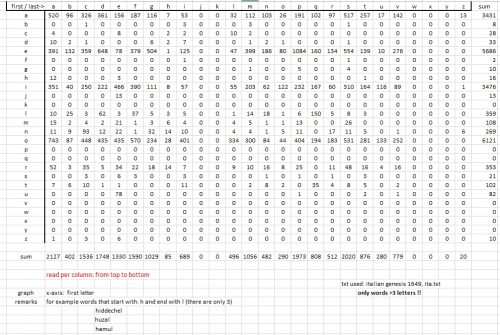 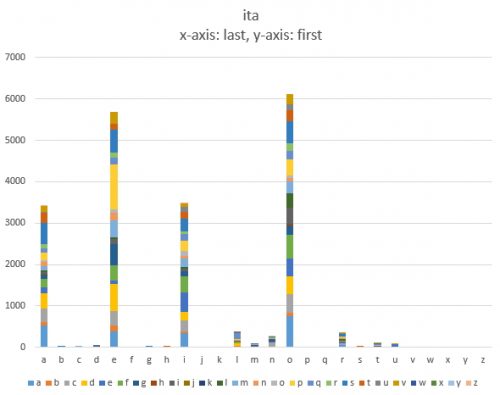 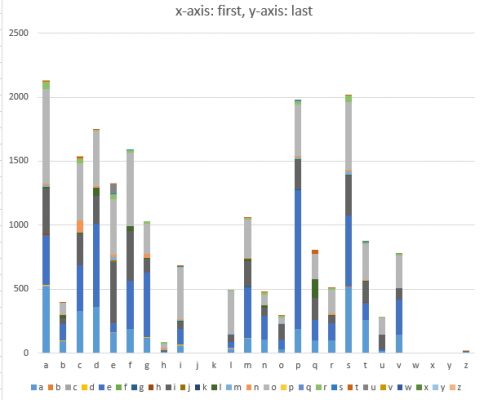 This simple method shows that nor the begin- and nor the endletters have behaviour like in the Voynich. But my dna-language covers ALL letters and ALL positions, so you can see that there more clearly. Explanation here.  The full graphs here. And variation graphs here.