Hestia Is the Greek counterpart of Vestia or Vesta, the Roman goddess.

This is her symbol:

In Greek mythology Hestia is the virgin goddess of the hearth, architecture, and the right ordering of domesticity, the family, and the state. She was also the goddess of the sacrificial flame.  Hestia is forever a virgin. Associated with kettle or cauldron.

Her role is described as being the goddess of the hearth, the home and family.
Status: Sister of Zeus, and occasionally included amongst the names of the 12 Olympians

-source-
Fact 1 about Hestia: She was the first born child of the Titans Cronus and Rhea and was swallowed by her father at birth.

Fact 2 about Hestia: Her brother, Zeus, later forced Cronus to disgorge her together with her other siblings- Hades, Poseidon and Demeter.

Fact 3 about Hestia: When she was introduced to Mount Olympus the gods Apollo and Poseidon asked for her hand in marriage. She refused their offers and Zeus allowed her to remain an eternal virgin.

Fact 4 about Hestia: Zeus assigned to her a duty to maintain the fires of the Olympian hearth

Fact 6 about Hestia: She does not feature in the mythical stories of the gods – she remained on Mount Olympus and did not interfere in the lives of mortals

Fact 7 about Hestia: The goddess was often called “First and Last” because she was the first to be eaten by Cronus but the last of her siblings to be disgorged

Fact 8 about Hestia: Her name means “the essence”, the true nature of things

Fact 9 about Hestia: She was given the role of ‘keeper of the keys’ on Mount Olympus and managed the large household of the gods

Fact 10 about Hestia: Every home had a hearth that was dedicated to the goddess, and each day started and ended with a ritual requesting she protected the family

Fact 11 about Hestia: She is known as the originator of the concept of “sanctuary” as she never refused hospitality to a stranger. Hestia’s followers believed it was a sacred obligation to help anyone who needed shelter or protection.

General:
Milky Way (our galaxy), the seasons of the year, diadem (diamond crown) or tiara, spas and baths
Animals:
Peacock, cow, eagle, crabs, snails and other creatures with shells

GODDESS OF CHILDBIRTH:  Patron of: Childbirth (the mother) (NB As goddesses of childbirth, Hera was protector of the mother, Artemis of the birthing infant)
Favour: Successful birth
Curse: Protracted labour; Death in childbirth

GODDESS OF HEIRS:  Patron of: Heirs; Dynasties; Fidelity (legitimate heir & not the product of adultery); Inheritance Favour: Birth of a male heir 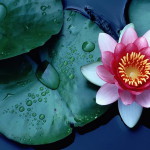 PLANET OF HERA:  Venus (named after Venus, the Roman goddess of love identified with Aphrodite). The Greeks called the planet “Aster Aphroditas” (Star of Aphrodite) or “Aster Heras” (Star of Hera), for the women’s star was shared between the two goddesses.

OTHER SHRINES: Temples throughout Greece; Major temple and Games held at Olympia in Elis, Greece

All the twelve greater gods had palaces on Olympus, and met every day in Jupiter’s hall to feast on ambrosia, a sort of food of life which made them immortal. Their drink was nectar, which was poured into their golden cups at first by Vulcan, but he stumbled and hobbled so with his lame leg that they chose instead the fresh and graceful Hebe, the goddess of youth, till she was careless, and one day fell down, cup and nectar and all. The gods thought they must find another cupbearer, and, looking down, they saw a beautiful youth named Ganymede watching his flocks upon Mount Ida. So they sent Jupiter’s eagle down to fly away with him and bring him up to Olympus. They gave him some ambrosia to make him immortal, and established him as their cupbearer. Besides this, the gods were thought to feed on the smoke and smell of the sacrifices people offered up to them on earth, and always to help those who offered them most sacrifices of animals and incense.

Ganymede  is the largest moon of Jupiter and in the Solar System, and the only moon known to have a magnetosphere. It is the seventh satellite outward from Jupiter
Discovered in 1610 by Galileo Galilei, who was the first to observe it on January 7, 1610.

And more about the names: https://en.wikipedia.org/wiki/Galilean_moons

Ganymede  is therefore not the original name of the moon. That name was only given in 1614 while the discovery was in 1610 under the names Cosimo, Franseco, Carlo and Lorenzo.

is the T/O map, really Jupiter ? With inside: Europe,  Ganymede , Io

Food of the gods:

Asafoetida is the dried latex (gum oleoresin) exuded from the rhizome or tap root of several species of Ferula, a perennial herb that grows 1 to 1.5 m (3–5 ft) tall. The species is native to the deserts of Iran, mountains of Afghanistan, and is mainly cultivated in nearby India.

In ancient Greek mythology, ambrosia (Greek: ἀμβροσία ( Άμβροτα or αμβρόσια)  “of the immortals” is sometimes the food or drink of the Greek gods, often depicted as conferring longevity or immortality upon whomever consumed it.
It was brought to the gods in Olympus by doves, so it may have been thought of in the Homeric tradition as a kind of divine exhalation of the Earth.

Ambrosia is very closely related to the gods’ other form of sustenance, nectar.

in Homer’s poems nectar is usually the drink and ambrosia the food of the gods; it was with ambrosia Hera “cleansed all defilement from her lovely flesh”, and with ambrosia Athena prepared Penelope in her sleep, so that when she appeared for the final time before her suitors, the effects of years had been stripped away, and they were inflamed with passion at the sight of her.

Amrita (IAST: amṛta) is a Sanskrit word that literally means “immortality” and is often referred to in texts as nectar. Amṛta is etymologically related to the Greek ambrosia[1] and it carries the same meaning.[2] The word’s earliest occurrence is in the Rigveda, where it is one of several synonyms for soma, the drink which confers immortality upon the gods.
In Hinduism, the god Soma evolved into a lunar deity. Full moon is the time to collect and press the divine drink. The moon is also the cup from which the gods drink Soma, thus identifying Soma with the moon god Chandra. A waxing moon meant Soma was recreating himself, ready to be drunk again.

Alternatively, Soma’s twenty-seven wives were the star goddesses, the Nakshatras – daughters of the cosmic progenitor Daksha – who told their father that he paid too much attention to just one of them, Rohini. Daksha subsequently cursed Soma to wither and die, but the wives intervened and the death became periodic and temporary, and is symbolized by the waxing and waning of the moon. Monday is called Somavāram in Sanskrit and modern Indian languages, such as Hindi, Bengali, Kannada, Marathi, Nepali and Telugu, and alludes to the importance of this god in Hindu spirituality.

Monday is called Somavāram in Sanskrit and modern Indian languages, such as Hindi, Bengali, Kannada, Marathi, Nepali and Telugu, and alludes to the importance of this god in Hindu spirituality.

Yet another wild quess:
The book tells us how to make ambrosia, which herbs, when exactly en how to make it and how to bottle it.  The women are virgins, perhaps female gods and are bathing in it or prepare ambrosia ?