Although this language is really out of scope for the VMS it just is interested to look at.

The Hawaiian alphabet has 13 letters, five vowels (long and short) and eight consonants, one of them being a glottal stop (called ʻokina in Hawaiian).

before Captain Cook’s arrival in Hawaii in 1778, Hawaiian was strictly an oral language. Cook and his men recorded the Hawaiian language for the first time in 1778. They noticed that the language was similar to Tahitian and Maori.

When the first missionaries arrived in Hawaii in 1820, they converted the oral Hawaiian language to a written language so that they were able to convey the messages of the Bible to the Hawaiian people.

By 1826, the missionaries had created a Hawaiian alphabet. They also taught Hawaiians to read and write the language and translated the Bible into Hawaiian. 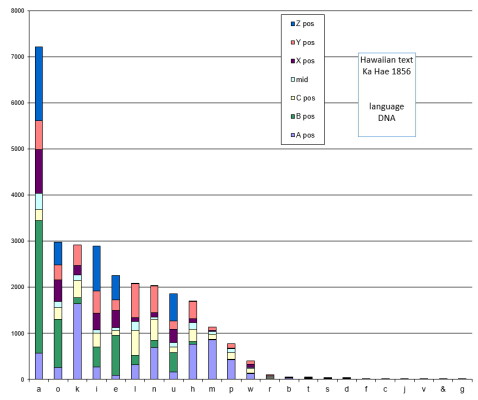 Interesting to see that:

Sample piece of the text analyzed:

The Maori language is one of the three official languages of New Zealand. 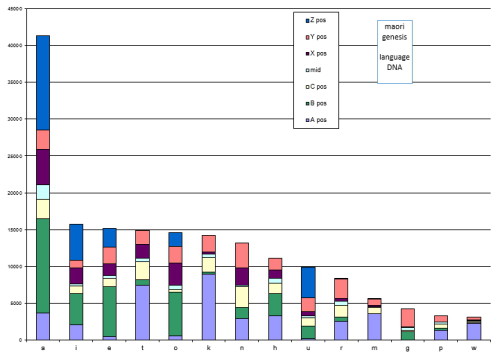 The first printed book was in 1815 it seems.  Before that, the language was an oral language exclusively. Māori is closely related to Tahitian and Rarotongan, which is spoken in the southern Cook Islands.